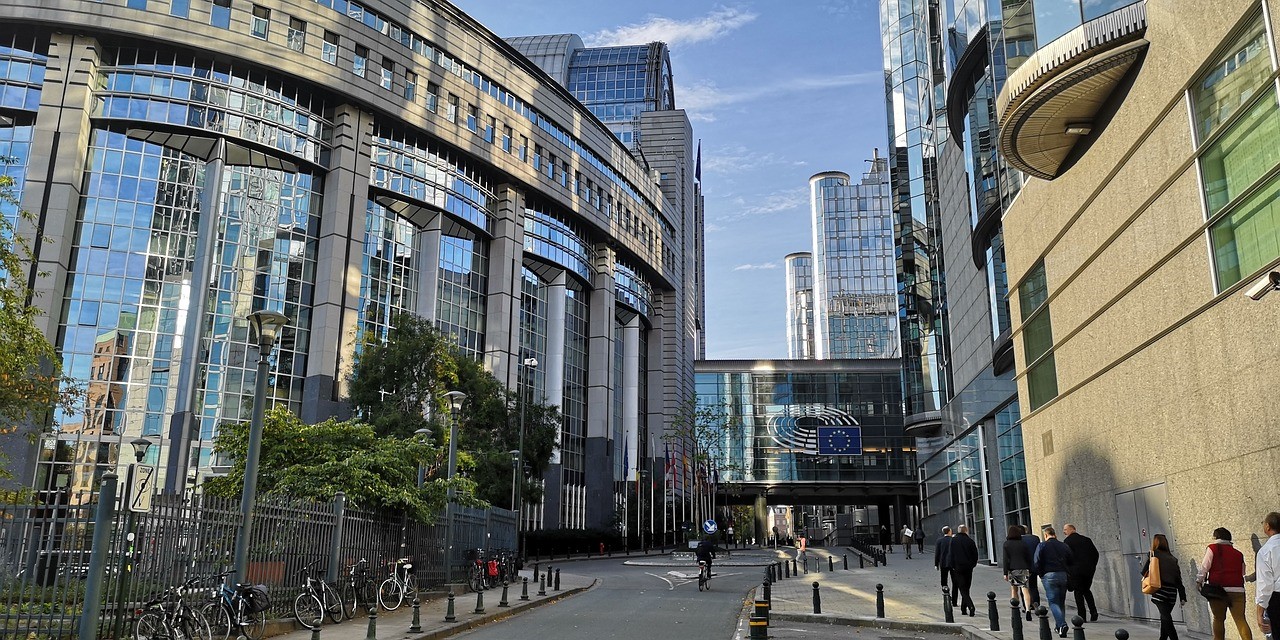 This month we bring you news on sustainable mobility, the EU’s future (zero) waste policy, Brexit, the re-opening of Brussels and much more…

Norway: What can the e-mobility poster child teach the European Commission on sustainable mobility?

The new EU Strategy for a Sustainable and Smart Mobility, which will be published in December 2020, seeks to streamline clean, connected and smart mobility across the EU. While European roads are still dominated by combustion engines, just outside the EU, Norway sits in the driving seat of the transition to e-mobility. What can Norway teach the Commission on sustainable mobility?

E-Mobility forms a key building block of the Commission’s ambitions to become the first climate-neutral continent by 2050. To allow electric cars and 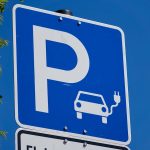 other low-emission vehicles to drive the transition to clean mobility, the Commission is currently drafting the Strategy for a Sustainable and Smart Mobility, which will define the priorities of the EU’s transport agenda. With the Strategy, the Commission aims to boost the uptake of lower and zero-emission vehicles, strengthen multimodal transportation and take full advantage of the opportunities digitalisation and automation presents to the transport sector.

The Commission’s efforts to transition to clean mobility are a key priority under the EU Green Deal, as transport represents almost a quarter of Europe’s greenhouse gas emissions – with increasing tendency. At the same time, the success of zero and low-emission vehicles remains moderate. Battery electric vehicles, plug-in hybrids and other hybrid cars account for only 17% of sales across all European markets.

While EU Member States are struggling to reduce transport-related emissions, just outside of the EU’s borders, a country that is famous for its oil production leads on the transition to clean mobility: Norway. In 2020, more than half of the country’s cars are electric – as such, the fleet is the largest per capita in the world. So, what is the secret to Norway’s success, and what can the country teach the Commission on sustainable mobility?

Long before Elon Musk has even dreamed about Tesla, the Norwegian government began incentivising the purchase of electric vehicles by offering toll road and sale tax reductions. Financial incentives, however, are by no means an uncommon tool, nor a guarantor of success. What has helped Norway becoming the e-mobility poster child is, above all, the Norwegian mindset, and a strong political will to lead in low-emission transport. Close to 100% of the country’s domestic energy comes from hydropower, and so the reliance on renewable energy in every-day life comes naturally to Norwegians. In parallel, a strong political will has craved Norway’s course for an electric future in stone. The decision to phase out the sale of fossil-fuel-based cars by 2025 has been taken with full cross-party parliamentary support – unimaginable in countries like Germany or Poland.

The Norwegian case shows that fierce political will and an incentivising regulatory framework are the main ingredients for a swift and successful transition to low-emission mobility. With the focus of the Strategy for a Sustainable and Smart Mobility on e-mobility, we can expect exciting and pathbreaking new measures designed to incentivise the uptake of electric vehicles and other low-emitting transport solutions across Europe. The Commission’s forthcoming laws on the roll-out of recharging infrastructure, as well as its investments in clean mobility technologies, are promising steps in the right direction.

Ljubljana: a blueprint for the EU’s future (zero) waste policy?

The European Commission is currently rewriting the laws on packaging as part of its efforts to diminish the generation of waste. With the Commission’s new packaging and waste laws expected in Spring 2021, we take a look at the EU’s first zero-waste city, and the valuable lessons it teaches on the EU’s future policy on waste.

The continuous growth in the generation of waste, especially from packaging materials, remains a thorn in the European Commission’s eyes. After the Commission has already declared the “war on plastics” in 2018, policymakers in Brussels are now stepping up their legislative efforts to increase reuse and recycling rates. As part of the Commission’s broader policy on waste, a recently launched consultation on packaging and packaging waste suggest that the Commission seeks to take legislative steps requiring all packaging to be reusable or recyclable in an attempt to curb the waste flood. 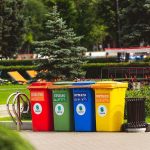 Whilst the European Commission is fighting for stricter waste laws, and 50% of all EU member states are at risk of missing their 2020 recycling targets, a city enclosed in the heart of Slovenia already shows that “zero-waste” can be reality. Famous for its 20th-century architecture and outstanding cuisine, Ljubljana true strength lays in waste – or rather the lack thereof. Ljubljana is the first European capital to commit to going zero-waste. While fifteen years ago all of Ljubljana’s waste went to landfill, the city has become Europe’s forerunner in waste management, with a 70% recycling rate. For comparison, Malta has a recycling rate of 7%, closely followed by Romania with 13%, and most of the Member States recycle less than 50% of its municipal waste.

When Slovenia joined the European Union in 2004, the country did not have a waste collection system in place. This changed quickly, and in 2006, the city began collecting paper, glass, packaging and biodegradable waste door-to-door. The pioneering decision to collect waste where it is being generated has been a major boost for the waste management system and significantly improved the city’s recycling rates. Perhaps most drastically, in 2012, Ljubljana decided to cut the collection of residual waste by half, forcing its inhabitants to generate less waste and recycle more efficiently.

While critics argue that zero-waste is a distant utopia, Ljubljana has shown that the Commission’s ambitions to curb waste can actually work in practice. By 2025, Ljubljana committed to a minimum of 75% recycling rate – and we have no doubt that this target will be met.

Brexit through Brussel’s eyes: sit back and relax?!

Ever since 23 June 2016, the day on which 51.89% of the UK population voted to leave the European Union, Brexit has been a hot topic in Brussels. However, the closer the end of the transition period gets, the more it seems like EU officials adopt a laissez-faire attitude towards Brexit. Even the latest news suggesting that Boris Johnson seeks to unilaterally amend the Northern Ireland Protocol only resulted in a four-line Twitter statement of Commission president von der Leyen. Does Brussels now sit back and relax?

Let’s face it: the end of the Brexit transition period is just around the corner. As agreed in the Withdrawal Agreement, the transition period will expire on 31 December 2020, which leaves the EU and the UK with less than four months to negotiate a future partnership agreement on an endless list on topics including future trade, data protection, fisheries, transport, foreign and security policy. It is no news that prospects for a breakthrough in negotiations are fading with every day that is passing. For some, the latest news suggesting that Boris Johnson is planning to introduce a new law overriding arrangements on the Norther Ireland Protocol is the last nail in the coffin. Indeed, the full implementation of the Protocol, which is part of last year’s Brexit withdrawal agreement, is, according to Commission President von der Leyen, a “prerequisite” for a deal to be reached with the UK.
While the front pages of The Guardian, Telegraph and Co. are cluttered with analysis and opinion pieces on the alleged obstacles to an agreement and implications of a no-deal scenario, the EU remains unusually silent on the topic. Does Brussels just sit back and relax?

The answers are yes and no. The EU surely aims to avoid a no-deal scenario, not at least to preserve the UK’s status as a key trade partner. From time

to time, the EU’s chief negotiator Michel Barnier sends a friendly reminder across the Channel over twitter, recalling that the clock is ticking and that “companies and citizens must get ready” for Brexit. But the UK’s withdrawal is by no means on the top of the EU’s agenda (anymore). It is business as usual in Brussels, and policymakers and politicians are more concerned about the rule of law in Poland, Coronavirus recovery in Italy and Presidential elections in Belarus. Even the “Brexit” header has disappeared from Brussel’s leading news websites.

It seems like after seven rounds of negotiations, the EU has finally understood that its moral arguments do not bear fruits in London. Instead of playing the moraliser, the EU has adopted a more pragmatic and realistic approach to the Brexit negotiations. Its demands and red lines are clear, and Brussels has learned not to worry too much about kilometre long queues of lorries awaiting custom check in Kent or London’s £705m bill on a new border management system. Even the 15 billion vacuum the UK’s withdrawal is expected to leave in the EU’s budget has quickly been filled by other resources, such as the new EU plastic waste tax. Brussels knows that it is in a good negotiation position, as it has already achieved one of its major demands: the preservation of the rights of EU citizens living in the UK. With a well-functioning EU Settlement Scheme in place, the EU could sit back and relax. As EU chief negotiator Michel Barnier summarised during his speech to an Irish thank on 2 September, “We will not sacrifice — never sacrifice — the EU’s long-term economic and political interests for the sole benefit of the U.K”.

It has been a long summer for lobbyists and companies engaged with the EU policy-making process. Out of office responses and delays to policy announcements have become the norm. However, the EU Commission and Parliament are set to return full-time in the coming weeks and with several consultations closing shortly, it looks set to be a busy end to the year for policymakers. But how exactly will people be able to take part in this hectic period of policymaking and what does ‘lobbying’ look like for the remainder of 2020?

Undoubtedly, for the rest of the year at least, new innovative meeting setups – particularly virtual – will continue to be the standard engagement tool. Indeed, the EU institutions have been more than accommodating in entertaining requests for meetings over the summer.

This Summer period has therefore proved a good practice run for the busy Q4 period ahead for the EU Institution, and a busy period we are set to begin. Within the field of sustainability regulations alone, we have the Euro 7 negotiations set to begin alongside the broader Sustainable Mobility Package within the field of transport, design requirements for packaging and new infrastructure measures for EV.

The policy negotiation process for these new regulations will be a new process for all those involved, but if utilised, this new process provides a unique opportunity for new stakeholders to get involved with the regulatory process without the large expenses associated with traditional trips to Brussels.
Beginning the process of engaging in 2020 will allow such companies to build upon these existing contacts in 2021 when we hope life returns to normal and we can discuss policy in person once more. With important regulatory and policy discussions beginning in September, the remainder of 2020 is set to provide a unique opportunity for companies to start a new chapter of their relationship with the EU Institutions.