Even the oldest city centres require modern innovations to develop intelligent and sustainable mobility solutions. Florence, one of the oldest and grandest of all European city centres, has recently deployed three new smart trams on their streets.

detection data. The trams have been fitted with various sensors and cameras to record and measure their surroundings constantly. These trams will then communicate with each other to understand the real-time transport needs within the city – these innovations will create so-called city smart zones.

Aside from the direct sustainability benefits of using trams in the city centre over private cars, the Florence tram project is also working on ensuring that the computer systems themselves are sustainable. An area often overlooked when developing mobility plans is the efficiency of the computer systems which power the various transport systems. This is a life cycle approach to the development of new, smart urban mobility. 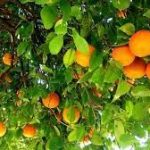 When you think Sevilla, you think of long promenades of orange trees. These glossy citrus fruits provide the perfect food for its citizens and tourists. However, given the boom of orange trees in the southern Spanish city, the region has large surpluses of oranges, especially in the winter. While beautiful when hanging from the tree, these fruits fall to the ground, becoming mush under the trampling of people and cars.

The orange surplus issue has resulted in the city having to employ hundreds of workers each year to collect the fallen fruit before there are infests of flies and bugs. Now, Sevilla has found a solution to their orange waste. The city has launched a pilot program with Emasesa, the local water company, to convert 35 tons of fruit to power a water purification plant. The fruit is collected from the streets and transported to a biogas-producing facility to turn the fruit into power for the sewage treatment plant.

Few things result in such diversity of opinion within the sustainability policy debates than Carbon Capture Storage (CCS). Whilst some see it as an essential technology to mitigate the effects of industry on the environment, others consider it nothing more than an expensive fossil fuel subsidy.
However, the Norwegian Government has initiated a full-scale carbon capture and storage (CCS) project in Norway to demonstrate the critical role 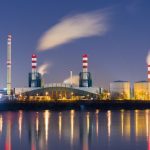 CCS could play in meeting their decarbonisation targets.

The EU intends to promote potential CCS schemes and has recently put forward the Fortum Oslo Varme CCS project for possible EU funding support. The city of Oslo is a joint owner of the project with Finnish energy company Fortum. The project will equip an existing waste-to-energy plant with a carbon capture facility and capture 90% of the plants CO2 output.

Whilst the CCS debate will rage on in the background, this Oslo project, if successful, could be rolled out in other EU regions. For those hard to decarbonisation areas of industry, CCS could finally be stepping up as a genuine solution for policymakers.

Pocket parks springing up across cities and towns

The role of pocket parks in urban centres is gaining greater recognition, with various cities beginning to install these tiny green spaces in their urban regeneration and decarbonisation plans. One recent example is Athens, where numerous pocket-sized parks have been developed in previously 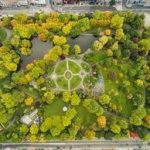 disused alleyways and disused plots. Not every city park has to be the size of Central Park in New York, and Athens, a famously bustling city centre with a lack of green spaces, has embraced the potential for small green spaces.

The recognition of green space, no matter how small, is undoubtedly at the forefront of town planning. Aside from the obvious environmental benefits of having more plants and shrubs in city centres, studies are beginning to show that these pocket parks will benefit peoples mental health.
Given the policy discussions currently taking place around biodiversity, expect pocket parks to become a regular feature of city centres soon.

If you would like to know more information about the sustainable environment or on any of the above content please contact our Chelgate Public Affairs team. Alternatively, you can contact our London Office here.