This is our first newsletter of 2022 and we have four thought-provoking articles looking at current government policies. Although the NHS reforms are in the process of being implemented, local government reforms are still being formulated or yet to be reviewed. Housing numbers and housing policies are like the planning reforms: yet to be finalised.

Despite being pushed into the long grass last year, local government reforms have certainly not gone away. Originally in the 2019 election manifesto, there was a brief reveal in the summer last year but this resulted in a cacophony of opposition from Conservative councillors faced with planning reforms coming forward at the same time.

Now we have a new secretary of state in Michael Gove. He is renowned for his forensic examination of issues and then a belligerent determination to impose his solution. He has intimated that a White Paper on local government reforms will be coming forward as part of the Levelling Up White paper. 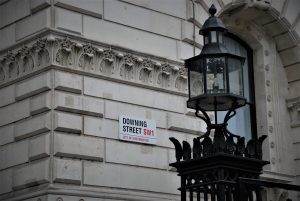 Although originally promised before Christmas, this is now expected in January.

Broadly, proposals will involve combining two tiers of local government: dissolving the county, district and boroughs and replacing them with unitary authorities. Unitaries will be under an elected mayor with a combined authority. The objective is for the Prime Minister to deal in future with 27 mayors in England instead of 350 or so council leaders. The logic of this is clear.

The previous parameters will be amended, but probably not that much. The new Ministry for Levelling Up, Homes and Communities (DLUHC) will be looking for unitary authorities to cover between 500,000 and one million residents each. This is considered the optimum level for efficient local government. Two or three unitary authorities will combine under an elected mayor, usually be on a county basis.

Some counties are too small so will become unitaries in their own right, and then combine with neighbouring authorities under a mayor. For example, Warwickshire with 600,000 residents will probably become a unitary and will have to join with others. Similarly, Central Bedfordshire (300,000) and Buckinghamshire (550,000) are already unitaries but will probably have to join with others to form a combined authority.

Indications are that the White paper will be instructional, which means it will stipulate what is to happen and by when. It is likely the introduction will be phased over several years with ‘shadow’ authorities operating for a year before taking over fully. It will mean councillors will be overseeing their own demise and, in some cases, sitting on both the existing and new ‘shadow’ authorities at the same time.

The proposals represent the most fundamental structural changes to local government since the 1970s. Potentially, it will lead to some confusion and likely delays in development management and local planning processes. This should only be temporary as the ultimate aim is to provide more efficient local government.

If you want to know more about our thinking on local government reforms, please contact Michael Hardware.

The bodies deciding on healthcare provision and developer contributions will change from next April. The current Clinical Commissioning Groups (CCGs), which have been in place since 2012, will be transferred into new Integrated Care Systems (ICSs) which will become statutory bodies from April 2022.

The aim of these fundamental reforms is to bring together the NHS, local authorities and third sector bodies to provide better more integrated care for patients on a local basis. 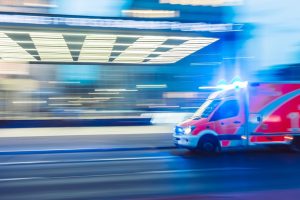 There will be 42 new ICGs covering England, mainly based on county areas covering between one and three million people each. The exception is the east of England where current catchment areas will remain meaning, for example, Essex will have three ICGs covering the county, sharing ICSs with Hertfordshire and Suffolk.

The changes, which are encapsulated within the Health and Care Bill, will reverse rules around ‘the market’ in healthcare instead focusing the NHS on greater collaboration. The aim is to provide people the care they need. It removes existing divisions between hospitals and family doctors, between physical and mental health, and between NHS and council services.

Pressures on the NHS

The reforms are viewed as crucial as the NHS is facing huge pressures from an aging and growing population with multiple and complex medical needs. It must look at different ways of working if it is not to be overwhelmed in the medium, term. There will be a greater focus on prevention and health and wellbeing, as well as a move away from traditional treatment models, such as hospitals and health centres, towards more care at home and the use of technology.

The timing for these reforms is not ideal. As if handling the worst pandemic in living memory and now trying to catch up on the backlog of treatment was not enough, the Government is pushing through these reforms seeing them as key to the NHS being able to cope in the medium- and long-term future.

What does this mean for developers?

Apart from dealing with different bodies from April 2022, developers will see further changes over the coming years. It is expected that the new ICSs will get more involved in local plan and development planning in terms of health prevention, health and wellbeing, and in structured local healthcare provision including, possibly, more local hubs and more care in the community.

The Daily Telegraph reported in November that Michael Gove is considering changing the controversial housing targets. It said the minister is looking at how housing need has been calculated as perhaps these are based on out-of-date assumptions.

These ‘back channel’ briefings, however, are often ways for departments to run ideas up flagpoles to gauge reactions and support. But this does ring true of Mr Gove, the new secretary of state for the new Department for Levelling Up, Housing and Communities (DLUHC): he is renowned for his detailed, almost forensic, analysis of issues before making any decisions. Once decided, he is known for making things happen, for delivering reform. Just look at his performance when education secretary.

These revelations do follow wider comments made by Boris Johnson at the Conservative Party Conference in October signalling a possible rethink of the entire housing and planning policy. He said that “beautiful” homes should in future only be built “on brownfield sites in places where homes make sense”.

He went on to say that the Government will prioritise building houses without ‘destroying the green belt’. He said: “We will make it faster and 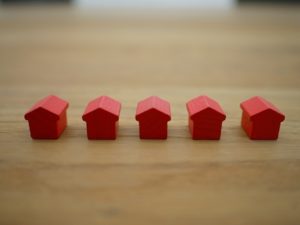 easier to build beautiful new homes without destroying the green belt or desecrating the countryside.”

On the face of it, this was a clear indication of a policy revision, but DLUHC has been at pains to say that the speech did not mark a policy change.

Some councils, however, have now paused their local plans because of it, in order to get clarification. Ashfield District Council and Welwyn Hatfield are two such councils with others likely to follow.

To make matters worse, Mr Gove, was called before the housing, communities and local government select committee where he said: “We want to be in a position where people accept and welcome new development.

“In making a calculation about housing need overall, one of the things that I want to do is to look at how the numbers are generated in the first place.

“Some of the assumptions are probably out of date and some of the ways that those numbers are deployed by a planning inspector can be done in a more sophisticated way.”

But Mr Gove was keen to stress that the Government was keeping to its objective to achieve 300,000 new homes being built each year by the middle of this decade.

Similarly, arguments about housing need have raged for years, and councils told that they could not argue with the figures as they are scientifically based on ONS figures for population growth and household creation. Now Mr Gove is suggesting that the basis of the figures could be out-dated.

Perhaps this is all part of levelling-up agenda with new homes to be built where the land is available and not where the houses are needed, forcing people to move northwards. But the jobs are mainly in the south east.

Now is not the time to be adding to this confusion, local plans are delayed enough. Hopefully, Mr Gove will come through with his solution to our housing problem and it will seek to deliver housing where it is needed. But he also has to address the levelling up agenda and spread prosperity more equitably across the county. We will wait and see.

The country has had a housing crisis for years: we have not built enough houses to meet demand for decades, which has resulted in a continually overheated market both for purchase and rent. Not only that, we are also not providing housing for all our community: there is not enough social housing, affordable housing is simply not affordable for many, and we are failing to provide adequate housing for our aging population. Many councils have been forced to build their own social housing, care homes and other specialist housing, creating their own development companies to do so. The question is why when the local plan process could and should provide housing to meet the needs of the entire community. 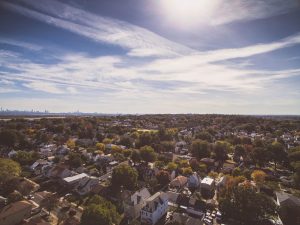 In particular, as our population ages, the housing market is going to have to adapt to meet their specific needs. As people reach middle age and their children have left home, what options do they have if they want to downsize?

The answer is generally not many, and most choose to remain in the family home. If there were more options, and those options were attractive, then people would move, bringing many family homes back on the market and available for new families.

Currently, Local plans provide for affordable housing for market sale or shared equity, and some provision for care homes. They could provide far more housing for older people, across a broader spectrum including bungalows, retirement communities and extracare villages, not forgetting sheltered accommodation and care homes.

Housing policies could be far more sophisticated and prescriptive providing a wider range of housing to meet the needs of all the community including older people. If local plans provide for this broader range then developers will supply the housing: it currently isn’t so they don’t.

The other benefit of there being more options allowing older people to move into more appropriate accommodation would mean they stay independent for longer, are less of a burden on the NHS and go into care later costing them, and in many cases the local council, less.

Perhaps now is the time for councils to be reviewing their local plans and housing policies to better reflect the needs of their communities.

The impact of the Planning White Paper and planning reforms could have a major impact on future Local Plans – keep up to date with our monthly summary!