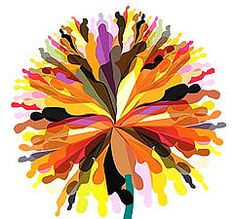 A very short introduction to the importance of understanding and appreciating cultural differences when crafting a strategic, international PR campaign.

Perhaps the most dangerous moment is when you think you understand. In the West, I sometimes think, we focus too closely on words and their meaning, losing sight of the great range of non-verbal communications that also shape our patterns of contact.

In much of Asia, the nuance, timing, and context of an interaction can mean a great deal more than the actual words said. So, the Western businessman in a meeting with his Japanese counterparts may believe it is going much better than in reality it is, simply because his claims and arguments are being met with little or no resistance. He may hear phrases like “I agree this is important”, and “we will carefully consider your suggestion”, and believe that he is close to success. He is likely to be mistaken.

One of my first management responsibilities in my PR career was for the Tokyo office of an international PR company. A key member of our team there was an executive who would join our international clients at their meetings with their Japanese contacts, and make no contribution whatsoever. But after the meeting, he would sit down with the client and explain what had really happened during the meeting. This was often a startling experience for the businessmen concerned.

The difficulty for many foreigners in Asia is to understand that much of the verbal communications that may take place is formulaic and often not very informative. Corporate executives and government officials will say what they believe they are supposed and expected to say, given their position and responsibility. The Japanese talk about “tatemae” and “honne” as the two different forms of communication. A Japanese official in a formal meeting will communicate in the “tatemae” mode, essentially presenting a surface role. But in an informal environment, if he connects with you on a personal and emotional level, when he is able to reveal the real feelings and intentions beneath the “tatemae” surface, then that’s “honne”.

Effective public relations abroad, just as anywhere else, is not simply about editorial publicity; nor is it even the business of communications. It is about creating and managing relationships between the organisation and each of its key publics. Of course, effective communications, verbal and non-verbal, are vital. And getting the non-verbal right can be a major challenge, even with expert involvement.

Communications need to be framed within the context of an informed understanding of the cultural, religious, social and ethnic context of each community and public. The fact that a message may be coherent, well expressed and convincing, and that it has worked well in African market A, does not for one minute guarantee that it will work equally well in African market B.

One of my colleagues at Chelgate, in Asia, had a PR responsibility earlier in her career for a major international refugee resettlement programme. As part of this, a video was produced, encouraging Vietnamese boat people to return home and take up (aided) pig farming. A good and effective idea, but not one that went down at all well in countries like Malaysia and Indonesia where the pig sequences offended Moslem sensitivities. The result was that the videos were impounded, and guarantees had to be given that they would not be shown anywhere but in refugee camps.

One of the dangers of international PR firms and PR networks is that they are often more multi-local than multinational. In other words they will have capabilities in each market, but the executive working with the client may never have worked outside his home country. So, he or she may have little sense of the cultural variables from market to market. As a result, a request will go out to colleagues in each target market to handle the local aspect of an international assignment. But the “localising” will often be no more than translation, when what was actually needed was a strategy planned from the outset to reflect varying markets and cultures.

That is why at Chelgate we now have a house rule that any multinational assignment must be directed by someone with personal experience working in a multinational, multi-cultural environment. While working on major campaigns, some at the highest diplomatic and corporate levels, Chelgate has created an exemplary record for international communications. Though we remain discreet about our work for clients, we are always happy to speak, in general terms, with prospective clients about the worldwide experience and expertise that we have gained.